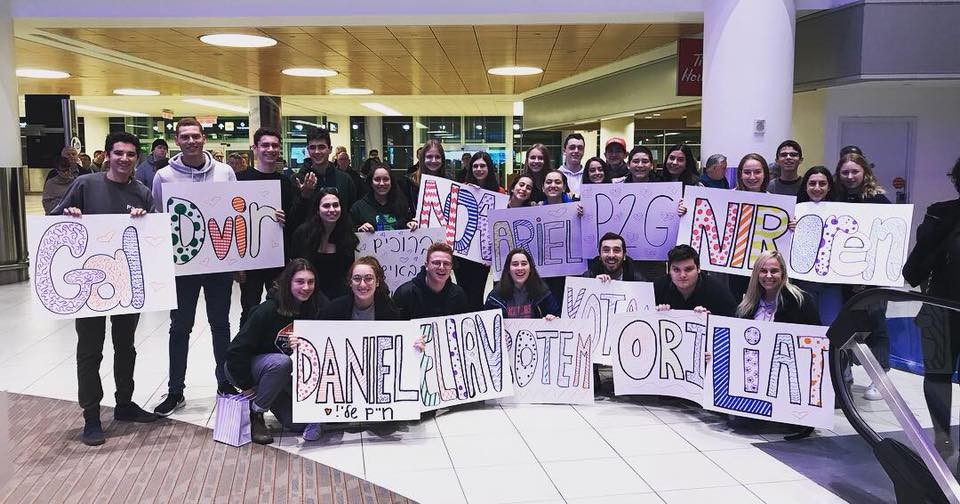 The Partnership 2Gether program (P2G; formerly Partnership 2000 or P2K) is an initiative that pairs Diaspora communities with regions in Israel, in a partnership that strengthen the ties between Canadians and Israelis through people to people exchanges from students in high school to teachers and adults.

The coast to coast P2G program links six Canadian communities with Galilee Panhandle or the Etzba HaGalil region of Israel.

Partnership 2Gether was launched internationally in 1995. The Partnership is based on a shared belief in Am Echad (one people).

The Partnership maintains a two-fold mandate: to strengthen the relationship between Jewish communities in Canada and Israel, and to develop the Galilee Panhandle and improve the living standards of its residents. The Partnership has identified the development of high quality, formal and informal educational opportunities for children and youth as the region’s highest priority.

Who are Winnipeg's Partners?

About the Galilee Panhandle (Etzba HaGalil)

Located along the confrontation line on the Lebanese border, just kilometers away from heavy fighting during the 2006 war against Hezbollah, the Galilee Panhandle bore the brunt of the 2006 Lebanon War, taking 40% of the missile hits launched against Israel. that faces considerable threats.

While the security issues flowing from its location on the Lebanese border, the region’s bigger issues are related to social and economic factors. The predominance of small, rural communities in the region, and its location in the northernmost part of Israel make it difficult to ensure that 50,000 residents have the same social, educational and employment opportunities that are readily available in the centre of Israel.

Through Partnership2Gether (formerly Partnership 2000), our Jewish Federation has strategically invested funds to strengthen this region through education and social welfare programs, capital projects and regional development, and built enduring relationships between members of our own community and residents of Etzba HaGalil.

How the Partnership Works

The Partnership establishes bridges of understanding between Israeli and Diaspora Jewry.  It brings people in Jewish Federation communities together with Israelis to develop relationships through joint projects and shared experiences. This is a powerful way for Israelis and Diaspora communities to get to know each other; it is truly a "people-to-people" connection.

Moreover, the Partnership strives to improve the living standards of residents in our partner communities in Israel through direct investment in specific programs and projects.

Partnership 2Gether involves a variety of Living Bridge programs developed to strengthen Jewish values and to foster a connection among people of different ages in the Galilee Panhandle and in Canada. This is achieved through innovative educational projects and reciprocal visits.

Over the years the “living bridge” has been crossed many times by Winnipeg and Israeli students and teachers who have visited partner schools.

Through email, letters, video conferences and visits, the students and teachers continue to learn more about each other and each other's countries and communities. Partnership 2Gether builds and reinforces the concept of a world-wide Jewish Family.