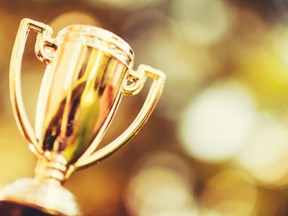 The Jewish Federation of Winnipeg is pleased to present Noah Lieberman with the Gerry Koffman Kehilla Award.

Volunteerism is central to Noah's belief system. After serving as the 2016 Israeli Pavilion Male Youth Ambassador, this year, Noah has been selected as Male Youth Ambassador General for Folklorama. In recognition of this, the Royal Bank of Canada has chosen Noah as a recipient of their RCB150 Award. Noah will share these winnings with newcomers to Winnipeg when they become his guests at Folklorama. Noah graduates with Excellence in General Judaic Studies, Reach for the Top Recognition and Gray Academy Lifer Recognition. 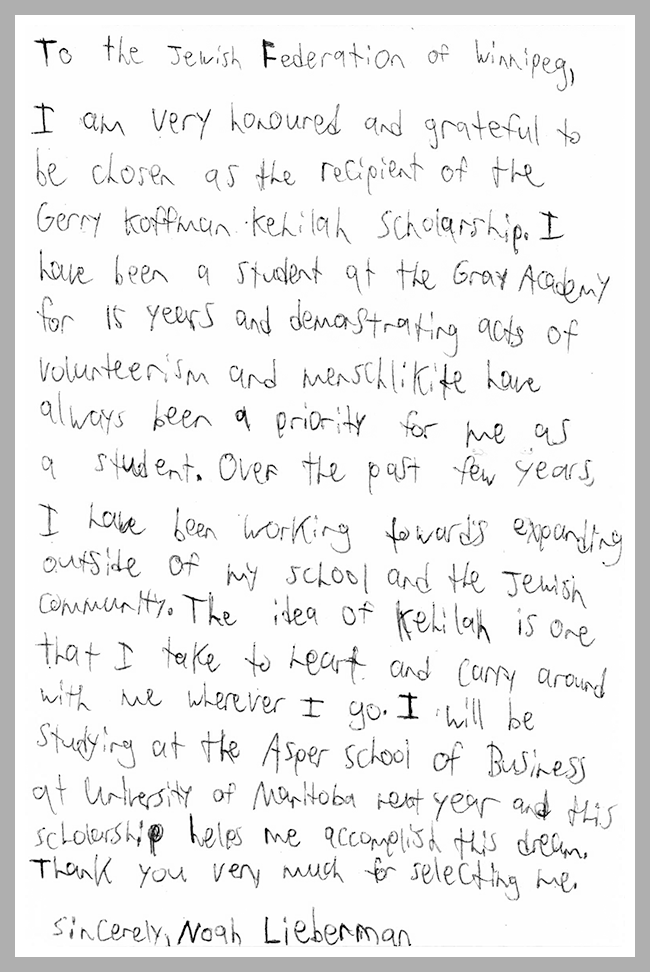