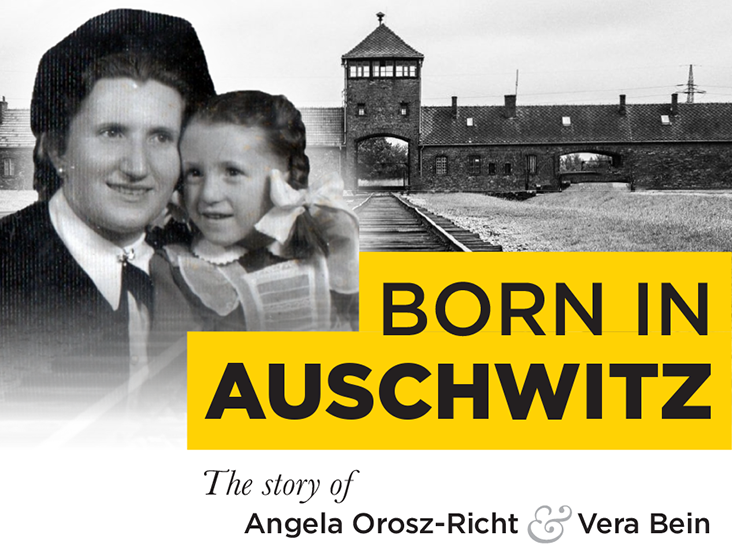 Angela Orosz-Richt’s mother, Vera Bein, was three months pregnant when she was deported from Hungary to Auschwitz-Birkenau. Concealing her pregnancy from everyone around her, Vera gave birth to Angela while in Auschwitz. Join Angela as she recounts her and her mother’s story of survival.

Event will be held at Congregation Shaarey Zedek, 561 Wellington Crescent. 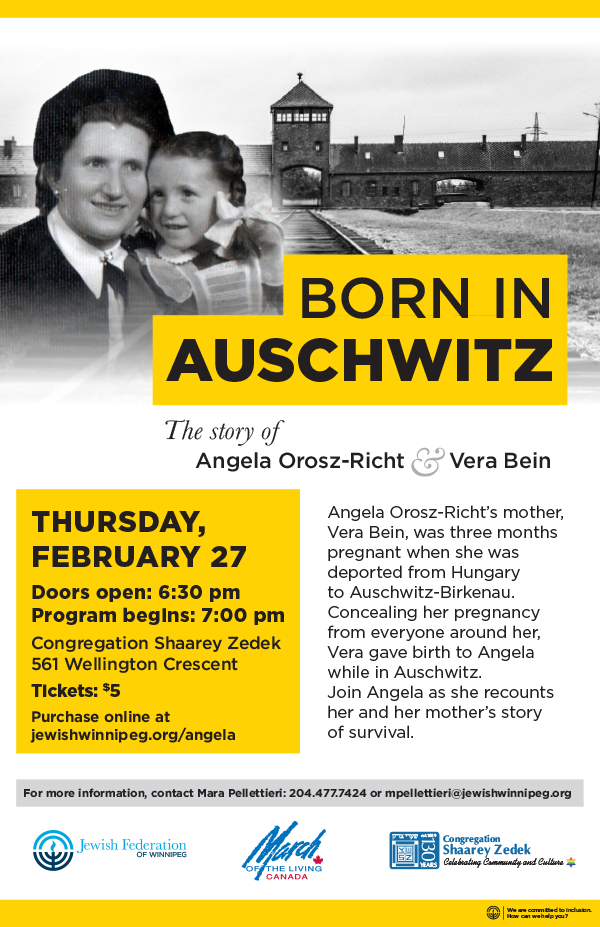