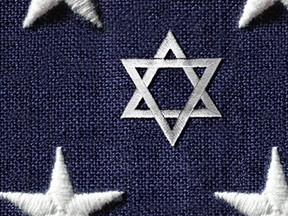 The PEW report has commentators around the world sounding alarm bells. Some of the most learned and prestigious leaders and thinkers in the Jewish world are foretelling the waning of non-Orthodox Judaism, the shrinking numbers of Jews with weakening identification, and more.  They may be right. But I’m a “glass half full” person.

The Pew Research Center released a report in October titled “A Portrait of Jewish Americans”. Some of the highlights are indeed daunting:

So “what is the glass half full of!?” you might ask. I remain an optimist. The arguments 40 years ago were that intermarriage would decimate Jewish communities. But the prediction of our demise was premature.

We’re not done yet! And clearly we’re all going to need that Jewish sense of humour to get through. There is a transformation happening in Jewish life and Jewish communities.

The changes may include the waning of Conservative synagogues as Daniel Gordis suggests in his article “Requiem for a Movement”. But the rise of independent minyans, online communities, modern Orthodox options and pluralistic approaches are not insignificant. Michael Freund, in the Jerusalem Post, roundly criticizes Federations for ignoring the alarm bells at the GA, but our Federation has a approved a Jewish Engagement Strategy and is working collaboratively with synagogues to connect more Jews.

The responses needed to the alarm bells ringing in the media and Jewish community board rooms all over North America will require a lot of listening to the Millennials and young Jews. It will require new low cost models for being part of Jewish life. It will require participative and engaging approaches to Judaism that involve smaller groups more often than larger institutions.

It isn’t perfect and there is lots left to do to engage everyone in that aspect of Jewish life that resonates with them. But the glass in the Winnipeg Jewish community is more than half full of younger Jews who are growing the CJA Campaign, of newcomers to the community who come out to programs, of leaders who are committed to securing the future of our vibrant Jewish community. During this transformation, communities like Winnipeg’s Jewish community will get stronger, because of our desire to work together, and because of our willingness to try out and fund new options while strengthening the existing pillars of our community.

Like Abraham’s tent, this Jewish community has openings all around and the will to welcome everyone. As the Federation’s Planning Committee launches consultations on Jewish communal matters in the coming months, we hope everyone will join the conversation about the future of our community and Jewish life in Winnipeg.