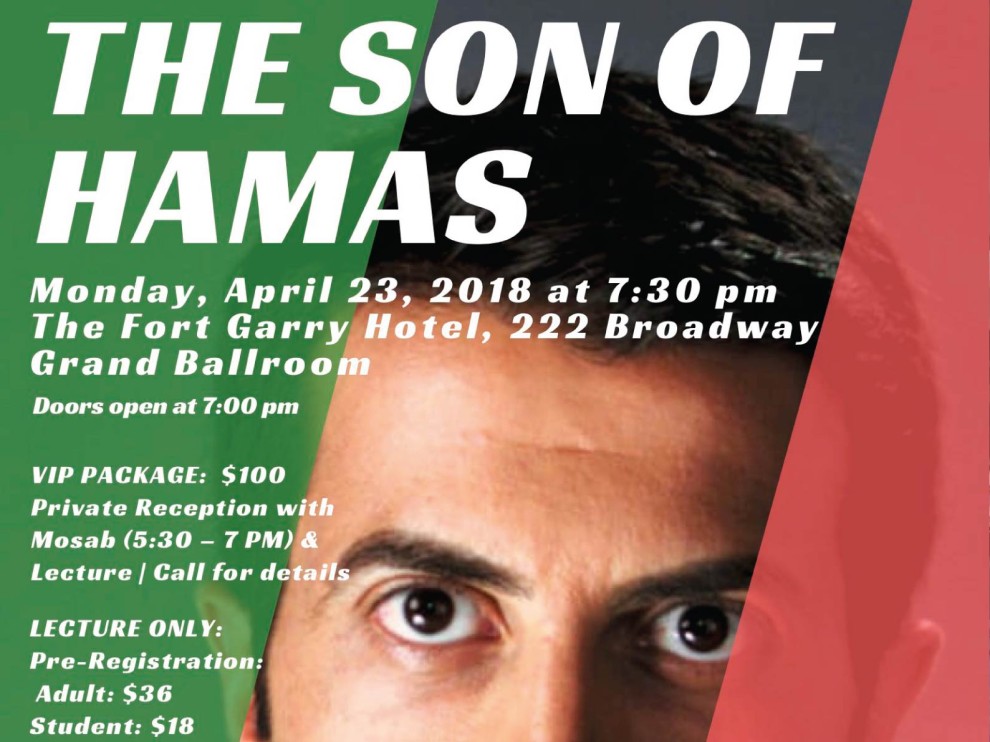 Please join us for a meaningful lecture event with Mosab Hasan Yousef, also known as The Son of Hamas and The Green Prince.

Mosab Hassan Yousef is the oldest son of the founding spiritual leader of Hamas, Sheikh Hassan Yousef. He worked as an undercover agent for Israel's internal security service Shin-Bet from 1997 to 2007.

The Shin- Bet considered him its most valuable source within the Hamas leadership. The information Yousef supplied prevented dozens of suicide attacks and assassinations of Israelis.

Mosab co-authored his Best-Selling autobiography “The Son of Hamas”. He was also the Star of a documentary film “The Green Prince”. Mosab is an outspoken advocate for Israel and he is invited to speak all over the world. Recently, he spoke on behalf of The UN Watch group in the United Nations. 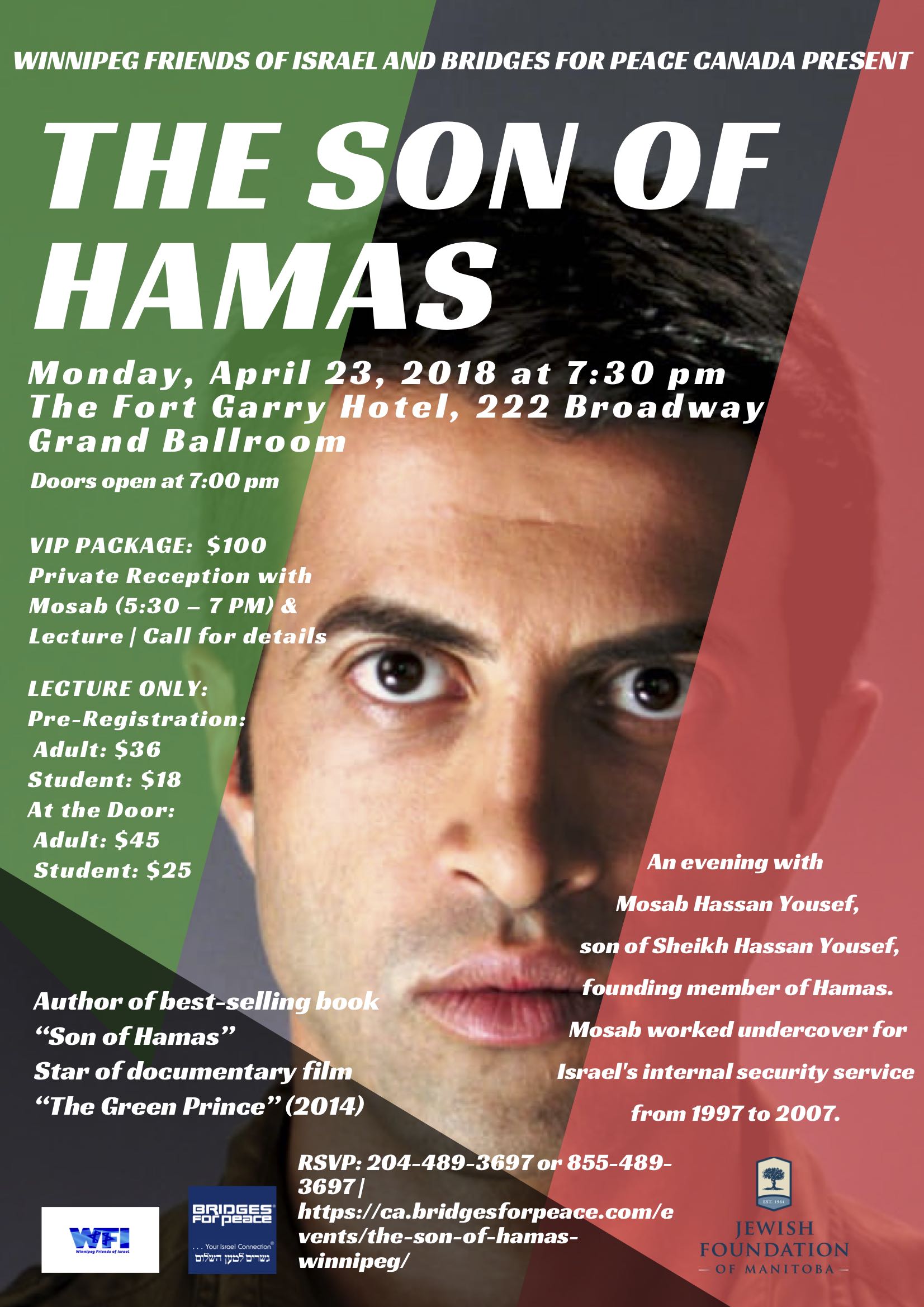