Part of an international women's organization, Na'amat Canada is a registered Canadian charity with branches in five provinces. Since Na'amat Canada's inception in 1925, our mission has been dedicated to enhancing the quality of life for women, children, and families in Isrtael and Canada. In Israel, Na'amat has developed an extensive network of social services, educational institutions and programs that assist Israel's citizens on a daily basis. In Canada, Na'amat members of all ages are instrumental in fundraising and planning local social, educational, and community projects. 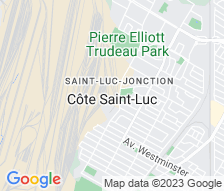