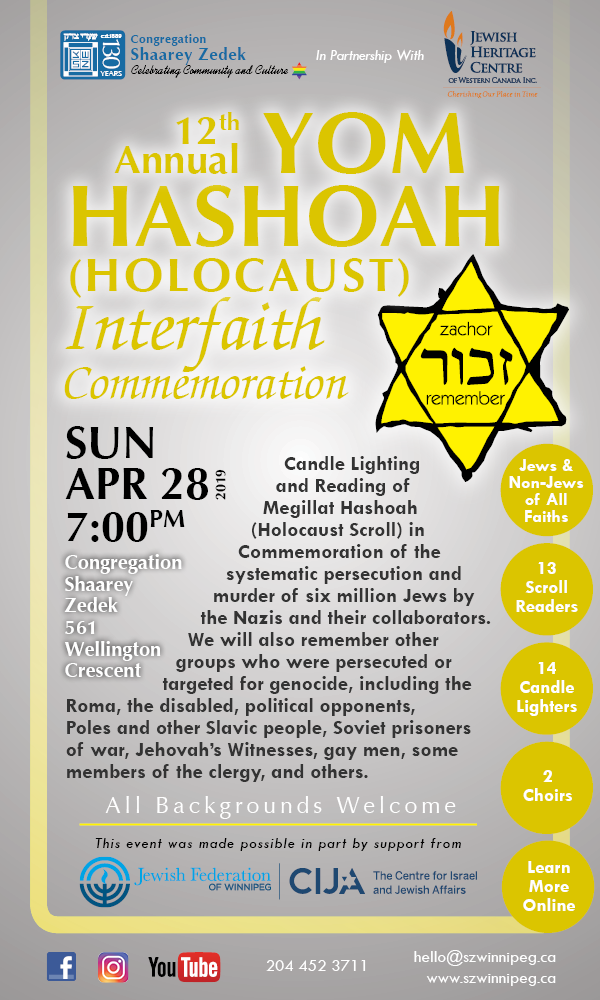 Candle Lighting and Reading of Megillat Hashoah (Holocaust Scroll) in Commemoration of the systematic persecution and murder of six million Jews by the Nazis and their collaborators. We will also remember other groups who were persecuted or targeted for genocide, including the Roma, the disabled, political opponents,

Poles and other Slavic people, Soviet prisoners of war, Jehovah’s Witnesses, gay men, some members of the clergy, and others.

Brought to you by Congregation Shaarey Zedek and the Jewish Heritage Centre of Western Canada.  This event was also made possible in part by support from the Jewish Federation of Winnipeg and CIJA (The Centre for Israel and Jewish Affairs).

** In addition to the volunteers above, we will also have Jewish and Non-Jewish candle lighters, and others participating in various roles.