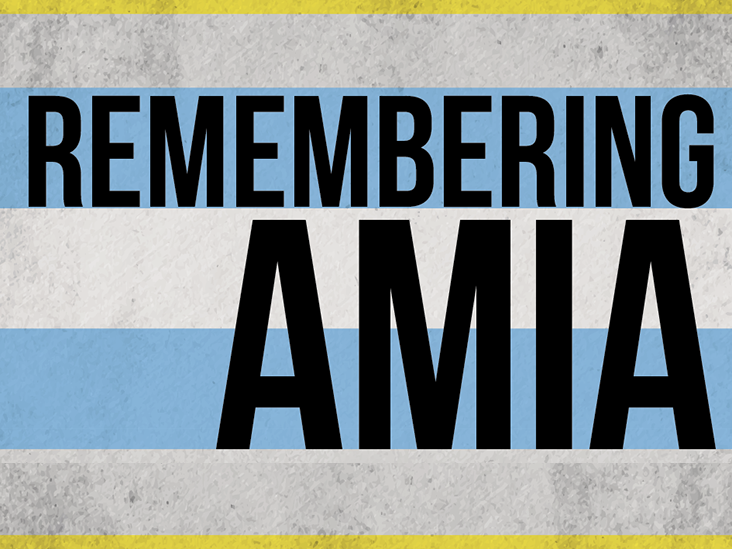 This year marks the 28th anniversary of the AMIA bombing, a terrorist attack which targeted the headquarters of the Argentine Jewish Mutual Association in Buenos Aires, Argentina. The attack claimed 85 lives, wounded over 300, and reduced the area around the building, the heart of Jewish life in Argentina, to rubble. The perpetrators behind this despicable act have still not been brought to justice.

Please join us on July 18, 2022 at the Berney Theatre at the Asper Jewish Community Campus for Remembering AMIA, a commemorative event in memory of the victims, presented by the Jewish Federation of Winnipeg, B'nai Brith Canada  and the Argentinean Manitoba Association.